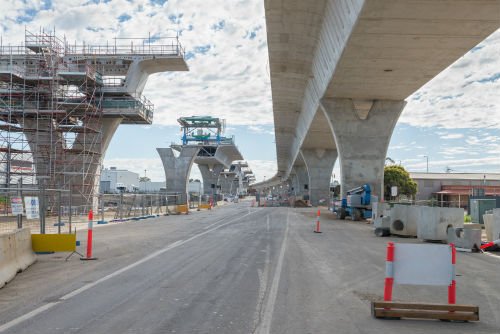 Americans are vigorous defenders of rights to land, so it is no surprise that laws of the United States reflect our intense desire to protect such rights. Yet many are surprised to find that the government can take your land for a valid public purpose, without your express consent.

That’s right!  The United States government can literally take title to your land without your blessing and is only required to pay you afterwards.

The 5th Amendment of the U.S. Constitution provides that private property shall not be “taken for public use without just compensation.”

This part of the 5th Amendment, the “takings clause,” requires that federal government and state government (through the 14th Amendment) compensate an owner after a “taking” of private land.

While the takings clause requires compensation when private property is taken by government – there is no mention of compensation where regulation of private property affects ownership. However, the U.S. Supreme Court does not read the takings clause literally, and interprets a taking to include application of governmental regulations that severely burden property. More on that in a moment.

What Government Power is Used to Take Your Land?

To make sense of when government must pay compensation for a taking, two governmental powers must be understood: (1) General Police Power, and (2) Eminent Domain. The general police power does not refer to the power of state government to maintain and deploy a police force, though it includes that power. Instead, the police power refers to the broad authority of state government to establish laws that preserve the public health, safety, welfare and morals. This power provides sweeping authority to State government, and it serves as the basis for much of its law making powers. Through the general police power, a state or local government may enact a host of laws regulating the lives of its citizens, including how citizens may use their land. In contrast, the power of eminent domain deals only with the power of government to take private property for public use.

What is a Taking?

Whether a taking has occurred is sometimes a complex question, too complex to fully explain in this article, but to simplify, two types of takings exist: (1) Physical and (2) Regulatory. An obvious physical taking occurs when state or local government exercises the power of eminent domain to take possession of private property for public use – this procedure is referred to as “condemnation.” In a condemnation action, the government “condemns” and takes title to the land, then pays compensation in return. The land owner usually may only dispute the amount of compensation owed. Other physical takings result from temporary possession, or the partial taking, of private property by government, regardless of how small the intrusion (e.g., state regulations requiring that a cable must run through one’s building can be a taking that requires compensation).

The less obvious type of taking – a regulatory taking – results from government regulations that have a serious adverse effect on a person’s land.

The legal procedure for alleging such a taking is referred to as “inverse condemnation.” An individual must initiate an inverse condemnation suit against the government and argue that the law or regulation amounts to a taking of private property and therefore compensation must be paid (e.g., where government re-zones land for open space such that no economically viable use for the land remains).

When Does A Regulation Become A Taking?

In the late nineteenth century, the U.S. Supreme Court refused to treat a regulation as a taking even where it rendered a private landowner’s property nearly useless. Mugler v. Kansas, 8 S.Ct. 273 (1887). Yet, by 1922, federal constitutional law on regulatory takings began to change. In a landmark case, the Court held that “while property may be regulated to a certain extent, if regulation goes too far it will be recognized as a taking.” Pennsylvania Coal v. Mahon, 43 S.Ct. 158, 160 (1922). Since 1922, the scope of regulatory takings that require compensation by the government has grown to include varied circumstances. Below are just a few of the main cases that, today, guide inverse condemnation law at the federal constitutional level.

The case of Penn Central v. New York City, 98 S.Ct. 2646 (1978) established that three factors must be considered to determine whether a regulation amounts to a taking: (1) the economic impact on the property owner, (2) the extent to which the regulation interferes with investment backed expectations in the land, and (3) the character or extent of the government action. This test requires a fact based analysis, so outcomes vary.

Agins Vs City of Tiburon

Subsequently, the case of Agins v. City of Tiburon, 100 S.Ct. 2138 (1980) added to the Penn Central analysis that the question requires a weighing of private and public interests.

In 1992, the U.S. Supreme Court held that where a state legislature imposes regulations on private land use that results in a total economic loss, it is a taking and compensation is owed, unless the state can accomplish the same land use limitation under its nuisance or related property laws. Lucas v. South Carolina, 112 S.Ct. 2886 (1992). In Lucas , South Carolina law prevented a beachfront land owner from building on his land to prevent the loss of sand dunes and beach erosion. The court held that since there was no remaining economically beneficial use, the state had the burden to prove that the regulation could be accomplished by other means, otherwise there is a taking that requires compensation.

However, in Palazzolo v. Rhode Island, 121 S.Ct. 2448 (2001), the Supreme Court rejected the argument that a law resulting in a 93.7% diminution in value of private land amounted to a Lucas taking. So, to obtain compensation from government under Lucas, one must prove that (1) the regulation has essentially rendered a piece of property economically valueless, and (2) there must be no nuisance law or other common law property rule that justifies the regulation (e.g., a drag-racing strip, or brick plant, that produces nuisance-causing noise and excessive dust, respectively, may serve as the basis for a lawsuit to stop those practices, so a law accomplishing the same goal will not be a taking under the Lucas decision).

The U.S. Constitution establishes threshold protections for citizens. While a State can always provide greater protections to land owners through its laws or constitution, it must at least abide by 5th Amendment takings law set out by the U.S. Supreme Court. If the government has physically taken your land for public use, you are owed compensation; and if the value of your land is lost due to government regulation, you may be owed compensation, but you must file suit and prove that the government caused a taking.

Brad Champion is an associate in the Charlotte office of Knox Law Center. Call or schedule a time to discuss your legal issue with Attorney Brad Champion today.