We Work Together for the Results You Deserve

The cases mentioned on this site are illustrative of the matters handled by the firm. Each case depends upon a variety of factors unique to each case. Not all results are provided, and prior results do not guarantee a similar outcome.

Frances and Eddie Knox, with the help of the entire Knox Law Firm, gathered together to provide assistance to a family of seven during the holiday season after the mother and father were seriously injured in a terrible motor vehicle accident on I85 in Cabarrus County. By conducting the appropriate investigations and asking the right questions, Frances and Eddie were able to recover for the family from various insurance policies that would not have been claimed without their expert representation and experience.

Eddie, Frances, and Lisa successfully resolved a serious accident that occurred while our client was attending a local NASCAR race. Our client was hit by a drunken driver who was fleeing from the police with illegal weapons, drugs and other contraband. We were able to obtain the police dash-cam video to use as evidence, resulting in a very successful settlement for our client.

A wrongful death action was successfully settled by Frances and Eddie Knox for the three children of a young mother who was killed in an automobile accident. Various insurance policies were found and claims were filed to ensure the children would be taken care of. Additional assistance was provided by the firm including estate filings, life insurance claims, locating housing for the children with the proper family member, and locating death benefits through the decedent’s place of employment.

Frances and Eddie Knox just completed a serious tractor-trailer accident involving a death case and clients with serious injuries where the tractor-trailer driver went to sleep and pushed our client’s car 735 feet down the road before stopping. Our surviving client received an excellent settlement and we were able to obtain annuities for both him and his two children, along with his cash settlement, so that their futures are protected.

Frances and Eddie Knox have recently handled a serious accident on I-40 in Morganton. Our client was rear-ended while stopped in traffic by a young person driving 75 miles per hour. After extensive doctor depositions in Knoxville, Tennessee, the defendant’s insurance company paid its policy limits.

Frances and Eddie Knox successfully resolved an Iredell County lawsuit for the family of a single mother of three young children who was killed by a young man driving on the wrong side of the road in a curve. The case was resolved for the full insurance policy limits prior to reaching the trial calendar. Our firm also handled the wrongful death issues with the Clerk’s Estates Division, including obtaining the qualification of an Aunt to handle the minor children’s affairs.

Allen Brotherton, with Eddie Knox, won a not guilty verdict in a two-week federal trial on drug conspiracy charges for a Robeson County Deputy Sheriff accused of selling drugs that had been removed from a property control evidence locker.

Brad Champion and Frances Knox handled a workers’ compensation case and a personal injury claim for a client from our Denver, NC office. The client was badly injured while working on the job when hit by a negligent third person. The attorneys were able to successfully handle the elimination of compensation reimbursement, obtain disability ratings and proceed with settlement against the wrongdoer.

OUR ATTORNEYS DEFEND YOUR RIGHTS

Recently, Eddie Knox represented a father and his two minor children who were involved in a horrific automobile accident; in fact, the EMS personnel stated that it was one of the worst accidents they had seen in their 30 years of work. The father and daughter were airlifted to Carolina’s Medical Center, and the son was transported via ambulance. They all had massive injuries. The father will require future surgeries, the daughter will require future scar revision surgery on her face, and the son may require future surgery to remove hardware in his ankle. Eddie filed suit on the father’s case, and was able to settle not only that case, but the minor children’s cases at mediation, avoiding the expense and emotional trauma that would have resulted from a trial. The defendant was driving a company vehicle, and unlike most cases, there was more than the state’s insurance minimum available to the family.

Eddie completed an immediate investigation of the accident upon being hired by the family. He took numerous pictures of his client’s vehicle, the accident site, and the building hit by the defendant’s vehicle after hitting our client. He obtained several volumes of medical records and completed extensive research on the future medical needs of his three clients. Eddie’s tireless commitment to the details of this case resulted in a settlement that would not only compensate monetarily for the client’s previous and existing problems, but ensure they would be securely provided for on the difficult road ahead.

Eddie Knox represented a man who was injured as a result of an explosion at his worksite. His client, who was in his late 40’s, had massive injuries to the head, face, shoulders and back, and will have medical problems for the rest of his life. He has been informed that he will never again be able to do the only work he has known his entire adult life. Eddie was able to obtain a settlement for him that will allow him the security of knowing he and his family will be taken care of for the rest of their lives.

Eddie Knox has a long history of going the extra mile for his clients. For example, Eddie traveled to Whiteville, North Carolina to meet with a client who had lost her husband in a serious car accident. She and her late husband were driving home from a friend’s funeral service when they were struck by a negligent driver. Eddie’s client had been a beautician and as a result of her injuries was no longer able to work. Eddie was able to obtain the policy limits from the adverse insurance company for his client and later handled the estate of the deceased husband. To this day, she continues to call Eddie to say hello and express her gratitude for helping her through a devastating and trying period in her life.

Eddie Knox was recently able to convince the Industrial Commission to overturn their original decision to deny his client’s worker’s compensation claim for injuries sustained while on the job. Eddie’s client had been driving for work-related purposes and was involved in a car accident. His client made a worker’s compensation claim but the insurance company denied the claim. However, upon hearing Eddie’s persuasive argument and upon Eddie’s presentation of evidence, which included depositions from several doctors, the Industrial Commission agreed to pay out on the claim.

In another case, Eddie represented a young man who was seriously injured in an automobile accident where a negligent driver collided with his vehicle. The negligent driver would later be convicted of driving while impaired. Sadly, Eddie’s client was paralyzed from the waist down as a result of the accident and was hospitalized for several months. When he was released, his mother became his primary caregiver. Although physicians did everything they were able to do on his behalf, he passed away seven months later. In addition to handling the young man’s initial personal injury claim, he was also able to obtain accidental death benefits for the mother despite the passage of time between the accident date and the young man’s passing.

Eddie has handled hundreds of automobile and motorcycle accidents, a number of malpractice claims, as well as workers compensation claims. These experiences give a wealth of knowledge to Eddie in how cases should be presented.

Allen’s fights against the government and big corporations on behalf of clients have resulted in thousands of cases resolved over the past 22 years, making a comprehensive list impractical, but the following is a representative sample:

Frances Knox recently settled a case where the client initially thought he was ok following a minor accident. He soon realized that his recent hernia surgery would need repair from the impact of the seat belt. Frances was able to tie the follow-up surgery to the accident and obtain the full policy limits and all available UIM insurance.

Frances Knox completed a case where our client was hit in Hillsdale, Virginia. He was already disabled from a prior accident, but we were able to show that these injuries further complicated his health and collected the full insurance policy limits for him.

Frances Knox successfully handled a claim for a young child attending a baseball tournament when he almost drowned in a pool of murky water at a motel. The lifesaving crew had difficulty finding him in the water because of the murky conditions of the pool. The law firm was able to procure Health Department warnings for several years and track down out-of-state visitors at the pool to obtain their statements as well as police responding and medical personnel. The minor’s funds were placed in a safe annuity to provide for his college education and future needs.

Frances Knox was instrumental in putting a Statesville man behind bars for a long time after he ran over an innocent child who was walking on a sidewalk near the child’s home. Aggressive investigation and attendance at continued court appearances gave the family assurances that someone did care, above and beyond what any insurance company was willing to pay for their loss.

Frances Knox was able to successfully convince an insurance carrier that airbag deployment was responsible for the facial surgery required by a client after the powder from the airbag entered the client’s nasal cavity, resulting in payment for the client’s immediate injuries, subsequent surgery, and pain and suffering.

Frances Knox goes the extra mile to make sure insurance carriers step up and take responsibility for their insured’s negligence.

Lisa Godfrey successfully tried a mechanic’s lien case for a general contractor which resulted in a verdict of over $100,000 plus the award of attorney’s fees and litigation expenses of over $36,000.

Lisa Godfrey successfully tried a construction defect case which resulted in a verdict of $57,000 in favor of the general contractor. The court awarded attorney’s fees and interest amounting to another $55,000.

Lisa Godfrey settled a legal malpractice case which resulted in a policy limited recovery of $200,000 for her client.

Lisa Godfrey coordinated a complex asset sale for large construction client involving sale of both land and equipment in North and South Carolina.

Lisa Godfrey settled a claim against a developer for breach of contract for a seven-figure recovery (in cash and property) for her client.

Brad has obtained successful resolution to cases in the Lincoln County Courts on behalf of clients in variety of practice areas. Below are some brief examples. 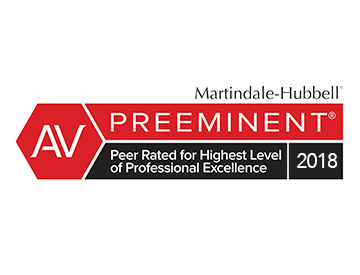 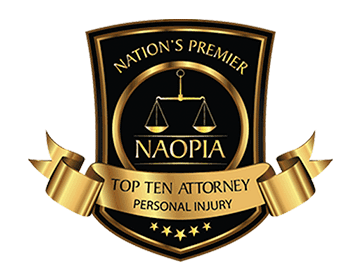 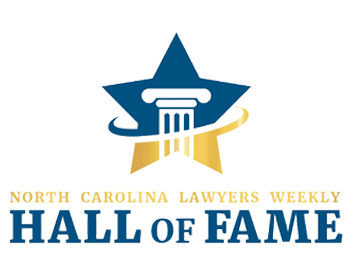 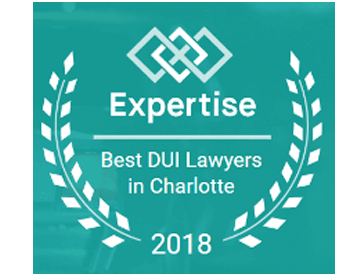 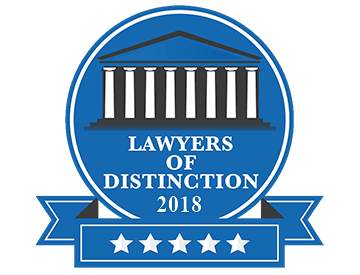 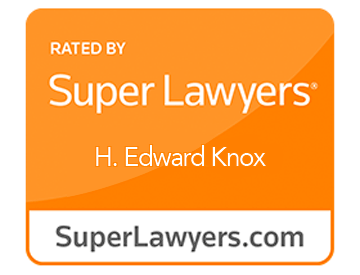 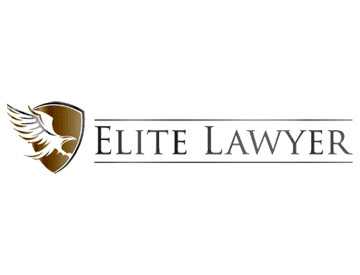 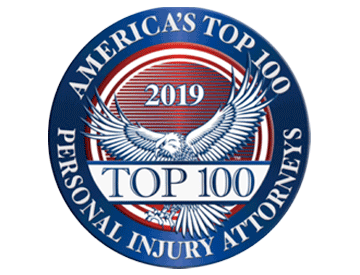 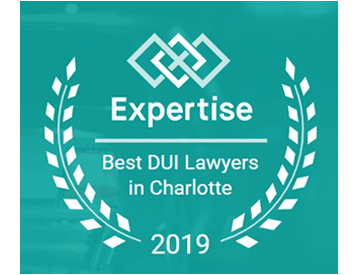 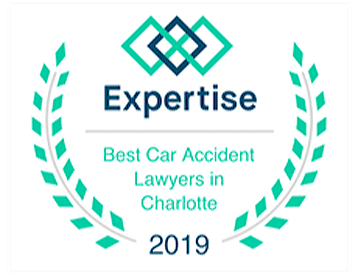 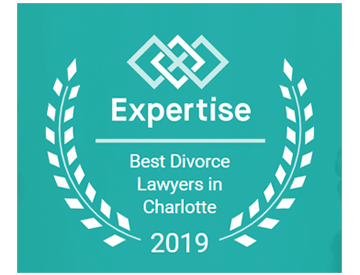 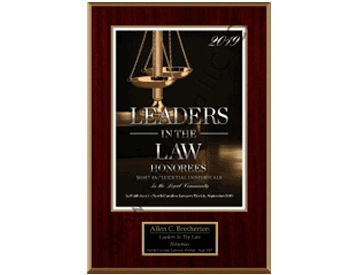