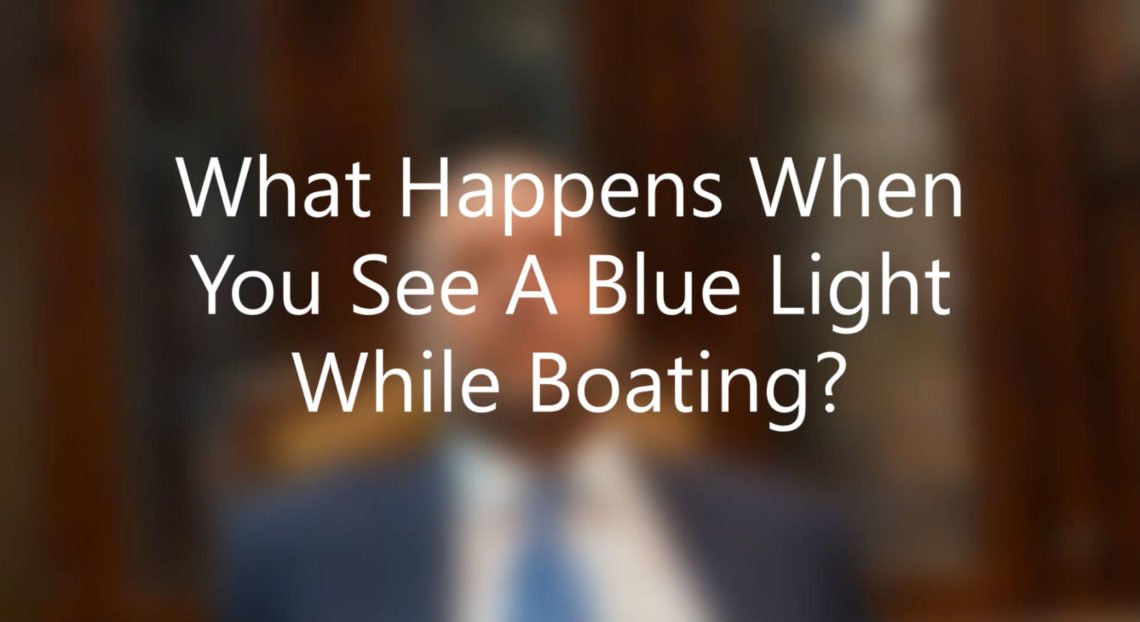 What happens if you see a blue light while boating on the lake, and fearful that you might be arrested, or taken in for a DUI charge because you’ve been drunk?

Well, if it’s at night, likely, the officer can’t tell from afar who might be operating the boat. If there’s a discernible difference, somebody’s wearing a different color shirt, that kind of thing. Well, what you actually can do is just, put the boat to neutral and everybody gets away from the steering wheel, and everybody takes off their shirts. When the police get there, don’t lie. Don’t lie to the police but you just don’t have to answer. They asked, “Who is operating the boat?”. You can say, “Sorry. We will not answer any questions on the advice of our friend, the lawyer.”  They really can’t and prove anything in that regard.

Ideally, if you have someone who is not impaired, then drive the boat in.

You’ll be fine. They’ll be angry, and they’ll try to bluster and say they’re going to arrest everybody. As long as you hold your place, they’ll never convict you of anything. People don’t understand that you don’t have any duty to incriminate yourself. You don’t have a duty to answers any questions of the police other than identifying yourself. North Carolina is an identification state. You identify yourself but other than that, you don’t have any obligation. You don’t want to lie but you just simply, politely, and calmly say that you’ve been counseled by a friend of yours who’s a lawyer, that you shouldn’t answer any questions with the police without him around.

If there is someone who you know that hasn’t been drinking at all, it may be a wise idea, to then have that person step-up, and drive the vehicle/boat back.

Well, the wisest idea is to have that person driving. If you’re in that position, you know in the daytime they’ll be able to see who was driving, and then the things to remember in that situation is that you want to be, same with DWIs, you want to be calm. You got to think clearly. You do not have to do any tests, and you do not have to answer any questions. It’ll be incumbent upon them to behave or articulate if they decide to charge you why they think you’re impaired. That’s hard to do on a boat because you’re going to be bobbing in even with the boat. It’s going to be difficult if you don’t give them something to try to prosecute you. You do not have to blow on any sort of breath test on the boat, at the jail when they take you in. Any of that, there’s no penalty. You do not need to blow.