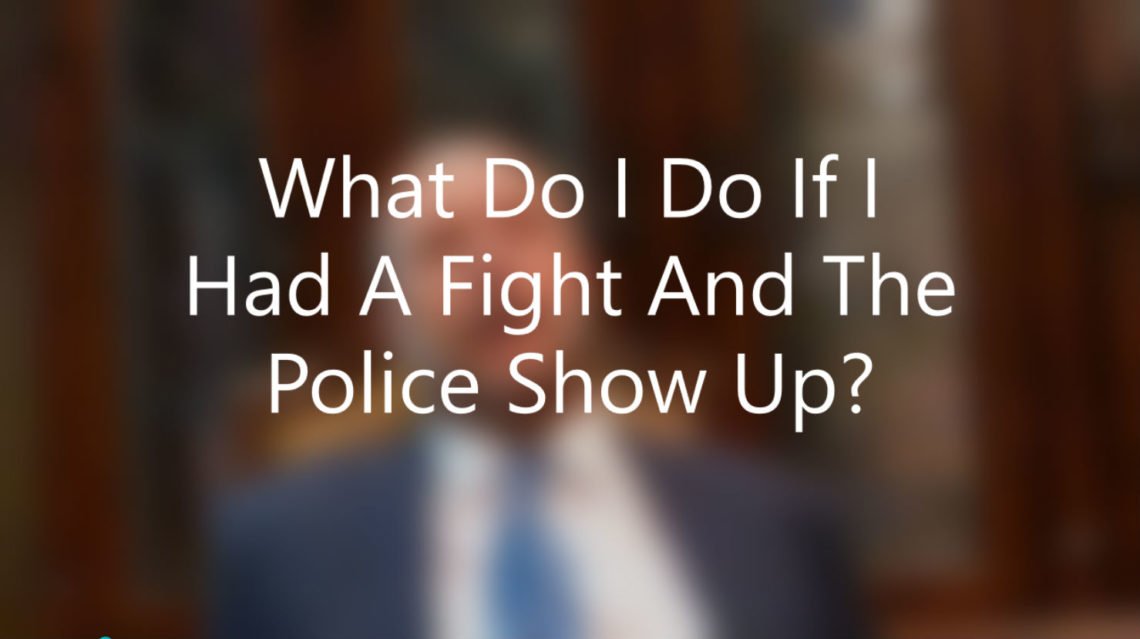 You’ve been in some sort of argument, I guess, so the police are now showing up. Ordinarily, my advice with dealing with police is: do not say anything at all. Other than, “I don’t want to answer any questions without my friend, who’s a lawyer.” That’s normal, but in the domestic violence situation, they’re saying that you have assaulted them, then they’ll be a record made of what is said there. You want to carefully tell the officer how that other party has been the aggressor and the ones that have attacked you. You want to be able to take the time to say, “Look, I’m not guilty. She assaulted me. She was angry and came at me. I have not assaulted her.” If you have any marks, you say, “Here. This is where she put a mark on me.”

With domestic violence cases, the system is set up so much to support accusations of the alleged victim against you. The best relief I can get is when I can get put on equal footing where the shoe is also on the other foot. There are charges on both sides. If we can get to that scenario, then there’s a very good chance we’re going to have a successful outcome. Again, I’m not talking about lying, but it is in my experience that this law has been misused. The alleged victim is oftentimes the one who’s committed a crime. This is the one kind of exception where I would say you want at least tell the police that much, so don’t go answering a bunch of questions about what happened. Just simply get it on the record that that happened because even if the police charge you, and do not charge your spouse or girlfriend or whatever, you can go to the magistrate as soon as you get out of jail. The magistrate will issue a charge against them if you have a supporting document from the police.

Don’t answer any questions, but proactively inform them you that you feel your sided.

Yup, I want to tell them my side of it. This is what happened so that you’re not accused of making it up later. You have been able to articulate it right at the time, and it helps if they’re the ones screaming and yelling, and you’re the one calmed and just presenting your side very together.

If they ask any questions say based on counsel, I prefer not to answer.

Yeah. It was good that for some reason it sounds better than juries. If you say, “I have a friend who’s a lawyer, and he’s told me not to answer any question. I’m going to do what he said.” Rather than say like, “My lawyer”, which is like I’m in trouble. It’s better to phrase it that way.

I have a friend who’s an attorney, and he advised me not to say anything if asked, so I probably decline to answer any questions.