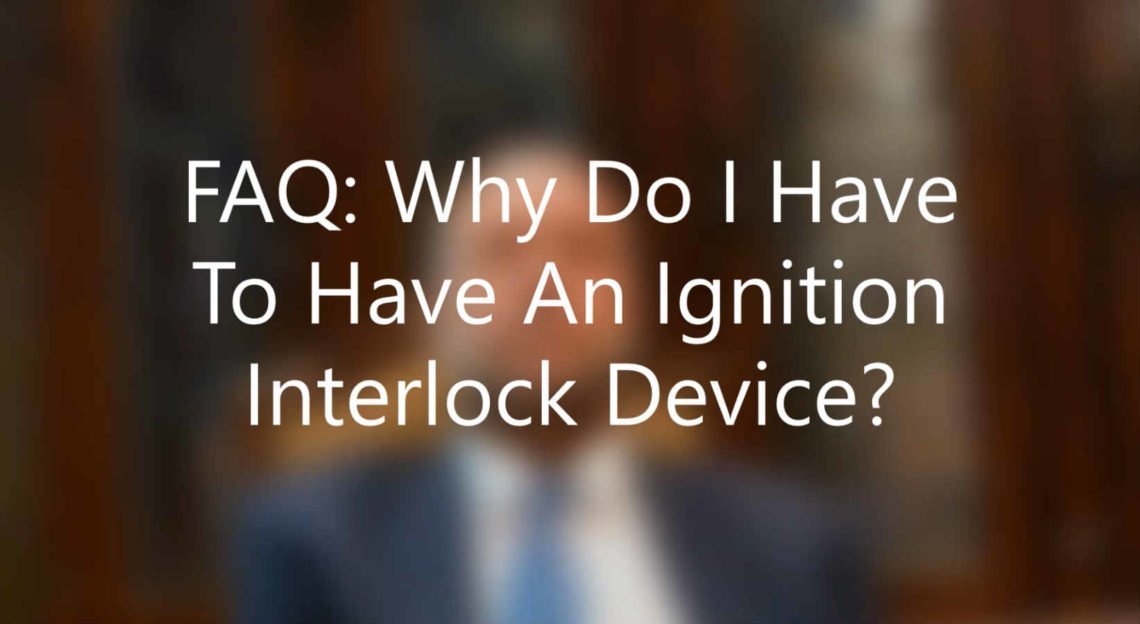 One question that is often asked is, “Why do I have to have an ignition interlock device installed, and is there a way to actually change this?“

There are two ways you can end up with an ignition interlock requirement in North Carolina. One is if you’re in a scenario where you’re eligible for a limited driving privilege. You get convicted of DWI, and the way that works is if you blow 0.15 or more on the breathalyzer. You have an alcohol concentration of 0.15 or more, then the court can give you a limited driving privilege, but must be limited to an ignition interlock equipped vehicle. That’s one way to get it.

In general, a judge can do it discretionarily, and there are ways to try to talk the judge out of doing that since you might avoid it. If you are in the scenario where your alcohol concentration is proven to the court to be 0.15 or more, then the short answer is no. You can’t get around it. You’re going to have to have that limitation if you want to be able to drive. Now, the way the statute is written is sort of confusing because it says if you have a 0.15 or more alcohol concentration, you get convicted of a DWI.

Otherwise, you know it would be eligible for driving. The statute says it’s when you reinstate your license at the end of your year revocation, then you have to have an ignition interlock limitation on your driver’s license for a period of 1 year. Then the statute goes on to say that if you had a driving privilege during that time of revocation for which you had an ignition interlock requirement on your privilege which is the only time you can get it, then you get credit for that time against that year.

The legislature, in its wisdom, included in that a 45-day period of time at the beginning of your sentence where you cannot get a driving privilege at all. You have 45 days where you can’t drive, then you get the ignition interlock limited driving privileges for a year minus 45 days, you get your license back at the end of the year. You still have 45 more days to have a restriction on your license to make it up for that whole year. Once you’ve served all that, then you can get your license back without it. That’s how it applies in the first offense scenario, and there’s another way that you can end up with having an interlock requirement.