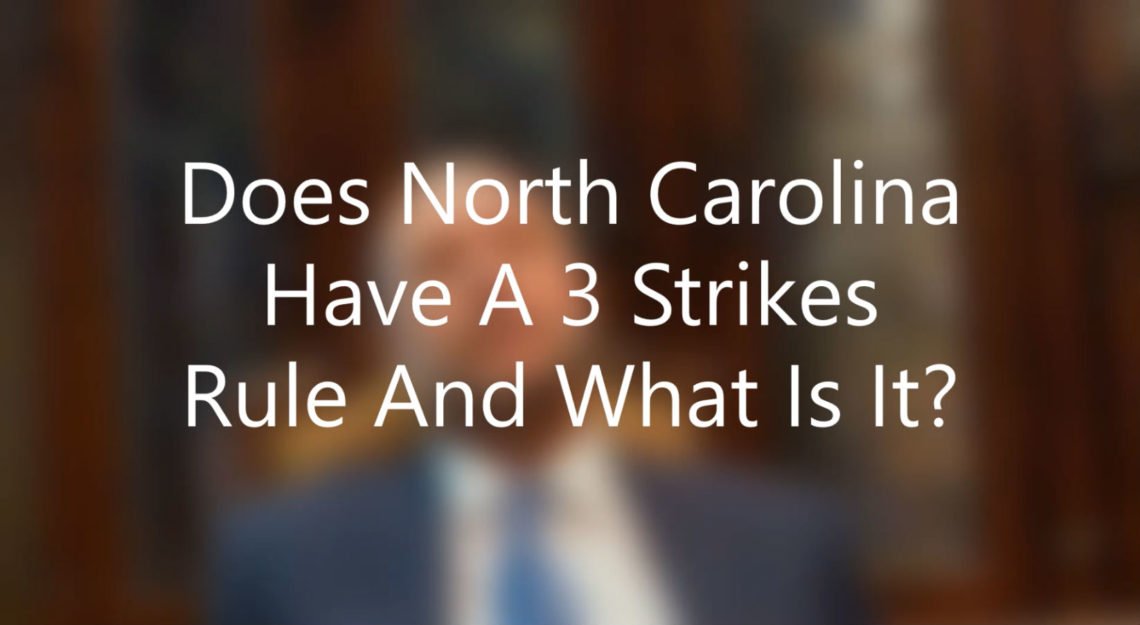 Well, we do. We don’t call it that. That’s some lingo from some other states, but ours is called a habitual felon or habitual misdemeanor type situation, but it does depend upon your criminal record. It’s a strange part of the law because it’s a status, it’s not something that you did, you commit a crime, and then they add on an allegation that you have been convicted before enough times that you are what’s called a habitual offender. The jury in a separate trial after you’re found guilty then considers that which is a formality, it’s just a matter of looking at documents, and then you get sentenced. It’s strange as far as legal technicalities go, but as a practical matter, what it means is that in North Carolina, if you’ve been convicted of three felonies before you get sentenced on a fourth one, you can be sentenced as a habitual felon. It severely raises the punishment depending on what crime you are convicted of, and it raises substantially. We also have, it is unusual, but we have a misdemeanor habitual act that’ll raise it up to a felony, and that’s applicable to misdemeanor assaults. If you’ve committed two or more assaults and been convicted of two or more assaults in North Carolina within 15 years, when you get your third assault that causes injury, then your misdemeanor assault will be elevated to a felony. You’ll be punished as a felon.

Yes. It’s very fact-specific. Everybody means the same thing. It means that if you’ve been convicted before, enough times, then the punishment for what you do is going to be much worse than it would be otherwise.