I am an associate with this firm who focuses my practice on workers’ compensation cases. I am passionate about workers’ compensation cases because I believe that injured employees deserve protection and justice. I also regularly handle personal injury and other civil litigation matters. I have been with the firm for more than four years, and I work on a team with H. Edward “Eddie” Knox, our managing partner.

I am a native of Denver, North Carolina, but have resided in Charlotte for more than five years. I am committed to serving the community in the Queen City and surrounding areas. I am a member of the North Carolina State Bar, the Mecklenburg County Bar, and the Charlotte Women Attorneys. I am an active volunteer for the annual Fighting For Women with Fashion event to benefit the Clyde and Ethel Dickson domestic violence shelter.

Most importantly, I am dedicated to serving as both an attorney and a true counselor for my clients. 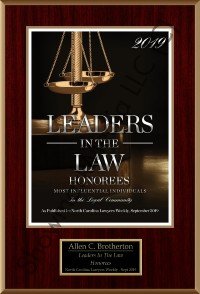 Knox Law Center congratulates Allen Brotherton for being named a ‘Leaders in Law’ 2019 honoree by the NC Lawyers Weekly legal publication. This prestigious award is given annually to those legal professionals who have gone ‘above & beyond’ their profession in their community. Attorney Brotherton has been named a ‘Leaders in Law’ honoree each year… 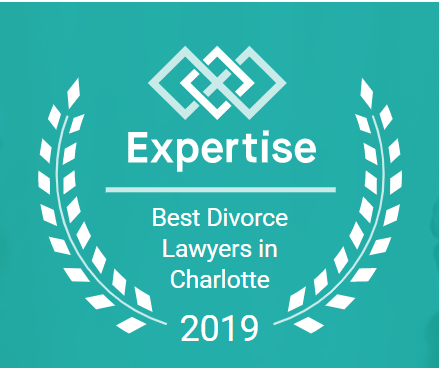 Create your own review
Knox Law Center
Average rating:   2 reviews
by Tricia P on Knox Law Center
Some of the best people I have ever had the privilege to meet.

In March of 2011 I was seriously injured at work. I had the cartilage torn completely out of my left hip socket. The doctors that my employer sent me to were dismissive, rude and unprofessional. They said my injury was pre-existing even though I had no pain prior to the accident, and their own radiologist put in his report that there was no evidence of wear and tear to my hip indicating that it was pre-existing. They put me at maximum medical improvement with no treatment whatsoever and said I was fine to return to my job as a paramedic. I was in tremendous pain. I couldn’t sleep, and most of my days I spent in tears from the agony. Eddie Knox and Heather Piercy stuck with me for over two years to get me the help I needed. Due to their efforts the Industrial Commission ruled in my favor and deemed my employer liable for my injury. Due to the delay in my treatment, (seven months) I had to have more extensive surgery and had twice the recovery time than if I had been treated initially. In addition to winning my case and getting me the help I needed, Eddie and Heather supported me emotionally and never wavered in their commitment to me when it felt like the rest of the world was against me. I would recommend The Knox Law Group to anyone. Not only are they the best attorneys anywhere, they are some of the best people I have ever had the privilege to meet.

I felt as though I had known Heather my entire life from our first meeting. She is genuine and caring. She went above and beyond the call of duty for me. I cannot say enough good about her.