At the Knox Law Center, we understand. When you have a legal issue, we
will give your matter the undivided attention it deserves.

“Family law” is the term applied to the laws and rules developed regarding family relationships. Family law defines not only the relationships between members of a family but also between a family and society as a whole. Family law reflects the values society shares regarding how people who are related should treat each other.

When you are faced with an important life decision regarding a key family relationship, the advice and assistance of a family law attorney at Knox Law Center in Charlotte, NC, can prove crucial to your understanding of the issues involved and your satisfaction with the ultimate outcome.

Marriage is a legal union as much as it is a romantic one. Many couples find it helpful to work through financial issues and the potential disagreements such issues can create before entering into a marriage.

Because marriage is a legal and financial arrangement, it may be wise to consult with an attorney at Knox Law Center about the advantages of premarital and prenuptial agreements beforehand.

Divorce is a method of terminating a marriage contract. From a legal standpoint, divorce restores an individual’s right to marry someone else. The process also legally divides marital assets and debts and determines the care and custody of the children. Each state addresses these issues differently, but most follow the same basic principles and use relatively uniform standards.

In most divorces, the primary issues to be decided are property and debt division, alimony/spousal support and, if there are children, child custody, visitation and support. When spouses agree on how to resolve these issues or they can work cooperatively to find solutions, they can usually obtain a divorce relatively quickly. Oftentimes, however, divorcing spouses have disputes regarding their post-marriage financial arrangements and the care and custody of their children. Property division and alimony can be hotly contested issues in divorce proceedings, but the early advice of a family law attorney may have a favorable impact on the end result.

The care and upbringing of children following divorce is often an ongoing source of conflict for divorcing parents. Custody must address both physical custody and legal custody. “Physical custody” typically is an allocation of parental rights and responsibilities regarding the day-to-day care and activities of the children, including where they will live, who will take them to school, etc. “Legal custody” is essentially decision-making authority; it involves the right to have input into important decisions regarding the child’s upbringing. These can include issues about the child’s education, religion and medical care, among others.

Sometimes the parents can agree to a custody and visitation (also called “parenting time”) schedule; if they cannot, then the court will determine one for them. In the past, courts routinely gave mothers physical custody and gave fathers visitation rights. Today, such gender-biased preferences are much less common, as courts and society as a whole now realize that it is sometimes in the best interests of the children to reside with or spend the majority of their time with their father instead.

In general, the courts favor having the children reside where they will most likely flourish, giving children time with both parents as appropriate and establishing joint, ongoing child-rearing responsibilities for both parents. The advice and assistance of a family law attorney can help parents establish child custody and visitation agreements that focus on the best interests of their children.

Parents have a legal duty to financially support their children. That obligation usually lasts until the child reaches the age of majority (usually 18 or 21 years old depending on state law) or becomes self-supporting. An order for child support may be entered during or after a divorce, and either parent may be ordered to pay support depending upon how custody is arranged. In most states, an unmarried mother may also file a petition for child support in family court, and an order for support will be entered once paternity has been established.

A parent who fails to remain current on his or her child support obligations faces significant penalties. Not only does interest accrue on child support after a certain time, but also non-paying parents could find themselves in contempt of court. In addition, every state has a child support enforcement office that works with the family court to suspend professional or business licenses, take away driver and recreational licenses, require payment of future owed sums in advance or even place non-paying parents in jail when child support obligations are overdue. Hiring a private family law attorney to help collect child support will typically speed up the process. Because of the state-specific requirements involved in child support, parents can benefit from the advice and involvement of a family lawyer at Knox Law Center in Charlotte, NC, when child support issues arise.

Family relations create a host of legal consequences when they change, break down or end. A family law attorney at Knox Law Center in Charlotte, NC, can explain the laws that apply to your particular situation and help you to make informed choices for you and your family.

Anonymous
by Anonymous on Knox Law Center
The most amazing lawyer, a true gem & winner 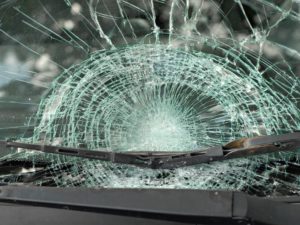 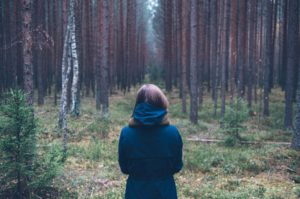 Women, Domestic Violence, And The Law 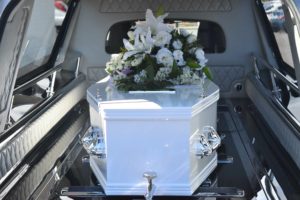 Daddy Is Gone, Now What?